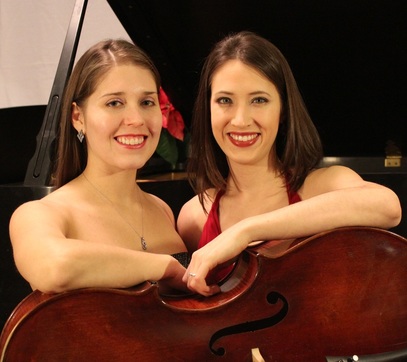 Violinist Rachelle Betancourt and cellist Madeleine Kabat have performed in more than thirty countries and have each won top prizes in numerous international and national competitions. Ms. Betancourt and Ms. Kabat began their collaboration in 2005 at Rice University where they worked with artists such as Cho-Liang Lin, Jon Kimura Parker, and Norman Fischer. They also frequently perform together in piano trios, string trios and strings quartets.  In addition to more formal concerts, the Madelle Duo is committed to education and makes an effort to include youth education projects into their season. This season they appear in chamber music series across the US, including a tour of Virginia, and have invitations to play in Germany.